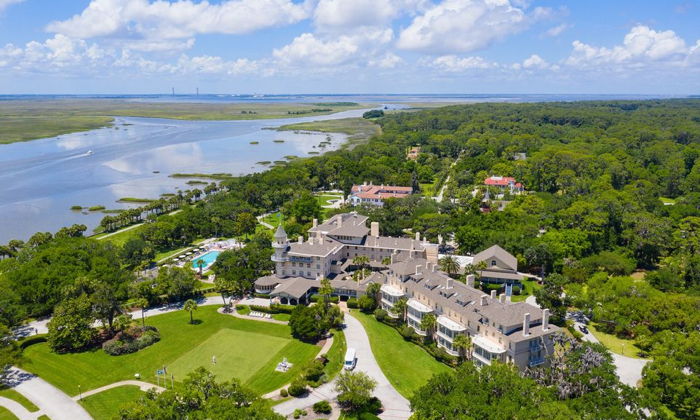 Pebblebrook Hotel Trust last week announced the acquisition of the iconic Jekyll Island Club Resort for $94 million. The 200-room resort is listed in the National Register of Historic Places and is located in the heart of Jekyll Island, one of the renowned Golden Isles off the coast of Georgia. The company retained Noble House Hotels & Resorts to manage the resort.

Jekyll Island Club Resort includes the Jekyll Island Club, located on the East River, which has 159 guestrooms and suites inspired by late 19th-century charm and décor across four landmarked buildings, each with a custom design and layout including three unique Victorian-style private mansions; and the Jekyll Ocean Club, which opened in 2017 with 41 guestrooms, including 40 spacious suites, with ocean views and access to the Atlantic Ocean.

Jekyll Island Club Resort also has over 14,000 square feet of indoor meeting space and five restaurants and lounges, including the Grand Dining Room, the Wharf Restaurant and the ocean front and open-air Eighty Ocean Kitchen and Bar. There are also two outdoor pools, numerous outdoor verandas and event lawns, access to pristine beaches, and a 19th-century-style croquet lawn.

Pivoting Back to Travel, The Destination Weddings & Honeymoons Edition

2020 put the nuptial plans of thousands upon thousands of couples on hold, but with the promise of widespread vaccine distribution in the near future, it’s time to get back to planning and ensure your clients live out the destination weddings & honeymoons of their dreams. Hear from top suppliers and destinations on wedding venue & ceremony options, romantic destinations & resorts and more when you watch the event on-demand.

When initially established in 1888, the Jekyll Island Club Resort was positioned as an exclusive retreat and playground for the nation’s wealthiest families, including the Vanderbilts, Morgans, Pulitzers and Rockefellers, who built the resort’s Victorian mansions. For more than 100 years, Jekyll Island Club Resort has been famed for its design, surroundings environmental sustainability.

Jekyll Island is part of the Golden Isles, a group of four barrier islands off the coast of Georgia, which includes St. Simons Island, Sea Island and Little St. Simons Island. Jekyll Island is a popular yet intimate vacation destination with miles of outdoor amenities, including extensive biking and hiking trails, oceanfront nature escapes, horse-drawn carriage tours and several well-appointed public golf courses. The island prides itself on its focus on environmental sustainability. All development is controlled by the Jekyll Island Authority, a self-supporting state entity responsible for the overall management, preservation, and stewardship of Jekyll Island.

The acquisition of Jekyll Island Club Resort brings the total number of properties in the company’s portfolio to 52, which includes nine drive-to, independent lifestyle resorts.

Six Senses Shaharut to Open in Israel on August 5